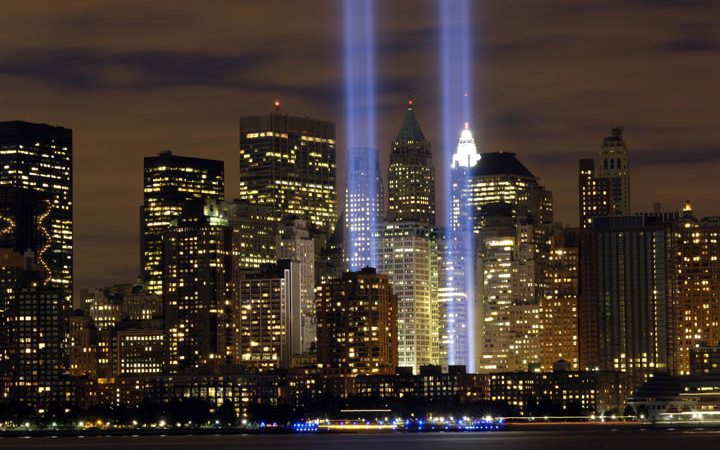 The project launched by D.C. Roe involves more than 3,000 bloggers who have joined together to commemorate each and every one of the victims of 9/11 on this fifth anniversary.

I am participant number 1013 and my honoree is Lucia Crifasi a World Trade Center’s Angel.

51, Glendale, N.Y., USA, travel coordinator assigned to Marsh & McLennan Cos. Inc., American Express, Confirmed dead, World Trade Center, at/in building.
She was born in Italy, my country. In Italy we have a monument dedicated to her

Born in Montevago, Agrigento, Sicily on May 27, 1950, Crifasi immigrated to New York in December of 1958, with her mother, sister and brother. Upon arrival, she entered the fourth grade at P.S. 53 in Brooklyn, which no longer exists, and then attended Willoughby Junior High School 162, and graduated from Bushwick High School in 1967.

Crifasi’s greatest love was traveling, and she had gone throughout Europe, the Caribbean, the West Coast, and South America. According to a close friend, Crifasi loved life and all that it entailed. A simple get-together was always a cause for celebration because of her laughter and joy. Crifasi lit up a room when she walked in and had the gift of making everyone feel special and important.

Here I found a tribute to her:

And why not? Lucy Crifasi was the kind of woman who always seemed to have a big smile and time to solve somebody else’s problems. That’s basically what she did as an American Express travel coordinator assigned to the Marsh & McLennan offices in the World Trade Center.

Ms. Crifasi, 51, took care of family and friends as well. In recent months, she took off one day a week to spend more time with her 85-year-old mother, with whom she lived in Glendale, Queens.

She loved to travel, and over the last few years she took her brother, Frank, to London and Antigua. The day after school ended last year she took her sister, Maria, a Roman Catholic school principal, to the Caribbean.

“She didn’t like going away in the summer because it was too hot, but it was the only time I could go,” Ms. Crifasi said. “She knew how stressed out I was.”

The Crifasi family came to New York from Sicily in 1958. Last year, the whole family went back to visit Montevago, their hometown. Then the two sisters took a side trip to Rome, where they said the rosary with the pope and toured the city. “She made everybody feel very, very special,” said Ms. Crifasi.

Lucy Crifasi was known for her devotion to the singer Julio Iglesias and for her classy sense of fashion. “Lucy only had two vices,” said her brother, Frank. “Shoes and pocketbooks.”

Profile published in THE NEW YORK TIMES on December 9, 2001.